These Authors Kept Me Company in 2020 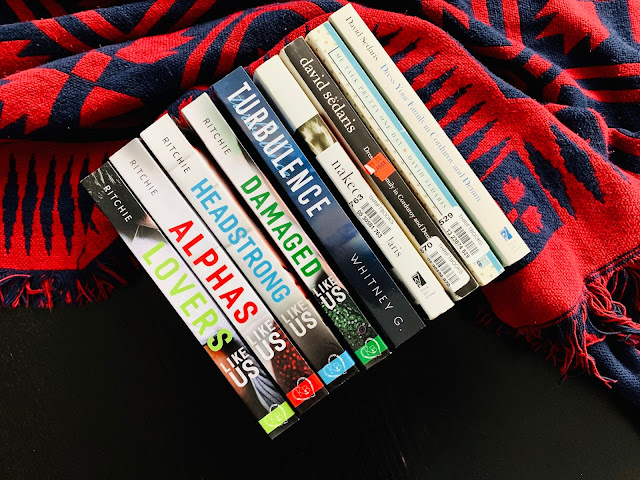 One of the best things in 2020 was how I had time to read. One of these days, I will show you a sample of my calendar that shows you my day that consisted of walking, running, cooking, washing the dishes. Rinse. Repeat.

I signed up for Audible Escape last year that gave me access to a ton of Romance novels for free or included in my membership. Through that membership I found some of the best romance novels I've ever read. Honestly, though, most of them were from the M/M sub genre. One of those series is the Like Us series by the writing duo of Becca & Krista Ritchie.

This series is a spin off from the authors' Addicted & Calloway Sisters' series. Truthfully, I only read some of the books from the series mentioned. I couldn't handle the angst, so I decided to forgo them altogether and read the spin off. The characters in Like Us are the children of the Calloway sisters. So if you're a fan of that series, I highly recommend you check these out.

Seriously, these books are the best. If you're a fan of M/M romance, you should really read them. I can't tell you how many times I've read and re-read the books. They have moments of sweetness, of hilarity, of steamy sex, and man, it's like reading a version of Keeping Up with the Kardashians, only better.
TURBULENCE by Whitney G. I feel like I've talked about this book so many times to so many people, but I remember I wasn't really in the blogosphere last year, so not possible. Anyway, if you're looking for an absolute train wreck of a relationship, but with HEA, this book is it. I have read this one a number of times as well. I just couldn't get enough. It's angst-ridden but very tolerable.
DAVID SEDARIS. Yes, yes. And you'll probably hear me talk about him again. Because I really can't get enough of his series of memoirs. You'd think this dude have run out of things to say already, but no. He's got words! Seriously, some of his books are short, so if you ever want to check him out, I suggest you start with Calypso.
What about you? Did you discover any new authors last year? Which books did you go read and reread to help you cope with the dumpster fire that was 2020?
2020 Discussion New Authors