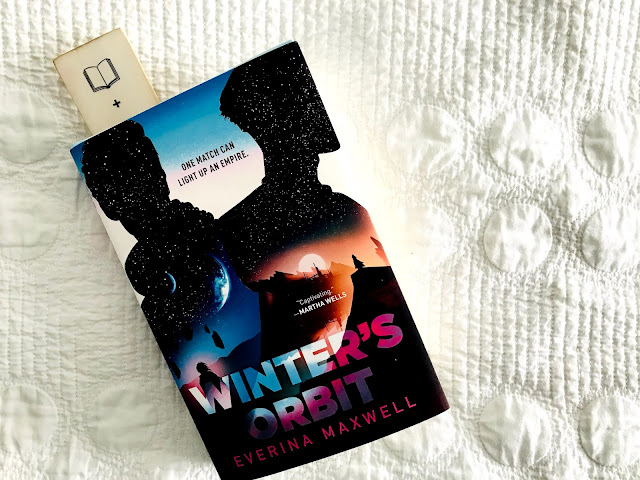 Winter's Orbit by Everina Maxwell
Publication Date: February 2nd, 2021
From Goodreads:
While the Iskat Empire has long dominated the system through treaties and political alliances, several planets, including Thea, have begun to chafe under Iskat's rule. When tragedy befalls Imperial Prince Taam, his Thean widower, Jainan, is rushed into an arranged marriage with Taam's cousin, the disreputable Kiem, in a bid to keep the rising hostilities between the two worlds under control.But when it comes to light that Prince Taam's death may not have been an accident, and that Jainan himself may be a suspect, the unlikely pair must overcome their misgivings and learn to trust one another as they navigate the perils of the Iskat court, try to solve a murder, and prevent an interplanetary war... all while dealing with their growing feelings for each other.

I am absolutely obsessed with queer fiction nowadays. Winter's Orbit by Everina Maxwell is a Sci-fi with a romance that features an arranged marriage between two kingdoms. I'm not too far into it, but I have this thing about the subject matter. And though, it sounds positively archaic, I look forward to seeing the love blossom between two people who would've been enemies, otherwise.

What are you reading today?