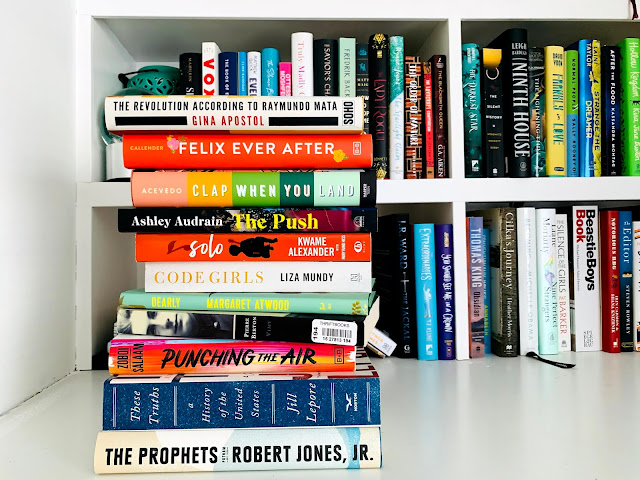 The Revolution According to Raymundo Mata by Gina Apostol | Felix Ever After by Kacen Callender | Clap When You Land by Elizabeth Acevedo | The Push by Ashley Audrain | Solo by Kwame Alexander | Code Girls by Liza Mundy | Vimy by Pierre Berton | Punching the Air by Ibi Zoboi & Yusef Salaam | Dearly by Margaret Atwood | A History of the United States by Jill Lepore | The Prophets by Robert Jones, Jr.

I hope your week is going relatively well. We're almost to the weekend, so yay! I have today and tomorrow off in lieu of my birthday so I have a four-day weekend to myself. I wish my husband could've taken the day off with me, though. Oh, well.

Last week, some restrictions were lifted in my province including reopening the bookstores. I received a ton of gift cards from Chapters for Christmas so I decided to splurge.

Phew, okay. I would normally give you an update of what I've read here, but I'll save that for my On the Night Table post next week. This has gone on long enough.
Thanks for your comments and visits this week!
Book Haul Hoarders