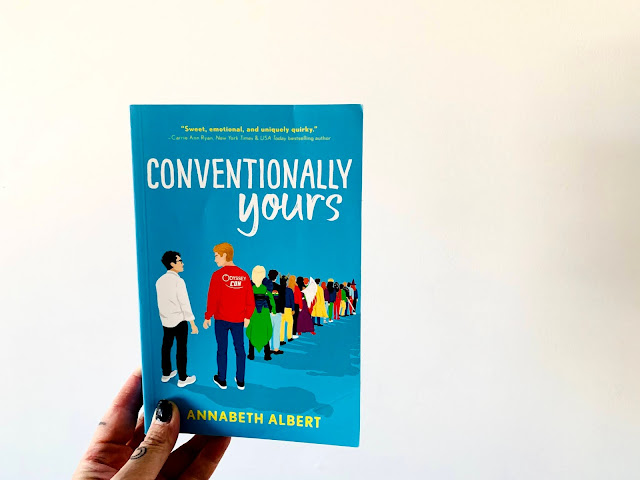 I am such a sucker for geeks and nerds. In this book, we have a couple of boys who are way into RPG. If you're not familiar with the terminology, it stands for Role Playing Games, ala Dungeons and Dragons. I couldn't explain it any further if I tried. So we have a couple of arch nemesis who play for the same team but for some reason couldn't stand each other. Well, the tension between them is about to reach a new high because they'll have to travel cross-country confined in a car.

Conrad may look like he's got it all, but behind the upbeat attitude is a boy who is struggling in every facets of his life. He's about to become homeless; his job is reducing employees, and he has no prospects in life except for a possible spot at a highly competitive Odyssey gaming tournament. In the other corner is Alden Roth, perfection personified on the outside but a mess of personal issues on the inside. He also wants to win the tournament if only to find a sense of direction in his life. His moms are about to throw him out on the streets unless he tells them what he's going to do for the upcoming school year.

On the road, they'll learn to confront the real reason why they hate each other's guts. The grudging respect they have for their respective gaming skills, and their personal feelings for each other. The tension was thick to start that slowly eased as they got to know each other better. Both boys are dealing with personal problems that they will eventually have to learn to untangle.

The romance between them while inevitable, happened slow -- which I enjoyed because it made perfect sense. I also liked that both boys will have to make the decision to unselfishly give up the tournament because they both can't win. Overall, Anabeth Albert's attempt with the New Adult genre was wonderfully done. It had enough heat not to be confused with her geared towards Adult work.