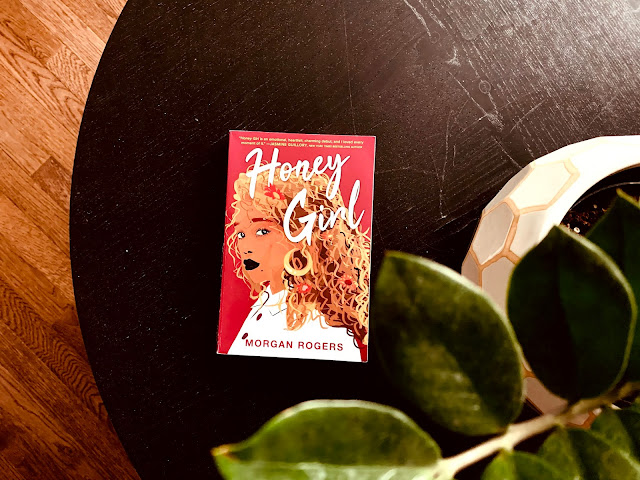 I've looked forward to reading this book since learning that this is a one-night-stand, got-blindingly- drunk, woke-up-married-in-Vegas Romance trope. The best part? It's a Sapphic romance. I have read my fair share of queer romance, but admittingly, not too many f/f. Surprisingly enough, I got more than what I bargained for.

With her newly completed PhD in astronomy in hand, twenty-eight-year-old Grace Porter goes on a girls’ trip to Vegas to celebrate. She’s a straight A, work-through-the-summer certified high achiever. She is not the kind of person who goes to Vegas and gets drunkenly married to a woman whose name she doesn’t know…until she does exactly that.This one moment of departure from her stern ex-military father’s plans for her life has Grace wondering why she doesn’t feel more fulfilled from completing her degree. Staggering under the weight of her father’s expectations, a struggling job market and feelings of burnout, Grace flees her home in Portland for a summer in New York with the wife she barely knows.In New York, she’s able to ignore all the annoying questions about her future plans and falls hard for her creative and beautiful wife, Yuki Yamamoto. But when reality comes crashing in, Grace must face what she’s been running from all along—the fears that make us human, the family scars that need to heal and the longing for connection, especially when navigating the messiness of adulthood.

All throughout the novel, you will feel Grace's ennui of being directionless after eleven years of knowing where she should be and what she should be doing. Now that her end goal was reached, she's a little lost. I felt her loneliness and discontentment at every page. Most of her life was dictated by her parents' approval, disregarding her happiness and choices. But for once in her life, she defied her father's wishes for her to go into the medical field. She ended up getting her doctor degree but in Astronomy. Admittedly, there's not much choices for career in that field. And even if her experience and grades speak for itself, there is still a matter of being Black and being queer that sadly work against her. It's unfortunate and frustrating to be held back not because of your qualifications but because of something that has nothing do with your ability to do your job.

Her upbringing as a biracial military brat lent for higher expectations especially from her dad. Her parents couldn't be more different. Her mom is white, a little flighty but loves her enormously just the same. Her father, however is a Black military man. Staunch, disciplined, and lives for order. Which is probably why they're divorced. I think this very contradiction also played a factor in her quarter life crisis. She wants freedom, but at the same time, she wanted stability. She's a little out of sorts and unmoored; something she's not used to.

As for the wife she never expected, Yuki offered her a life so completely different from Oregon. No one expected her to be the best of what she has to be. She just lives for Yuki's stories and perspective of the universe in general. In a way, Yuki embodies an aspect of her mom's quirky take on life. But at the same time, fleeing from responsibilities does not really help her solve her lackluster zest to put her life in order.

Honey Girl is the perfect blend of sweet Romance with discussions about serious issues facing marginalized people of colour. Regardless of their personal, educational, and social class background, discrimination will still be rampant. It's also about facing your problems and dealing with fact that you can't be forever pleasing everyone if it meant losing yourself in the process.