Book Review: The Death of Vivek Oji by Akwaeke Emezi 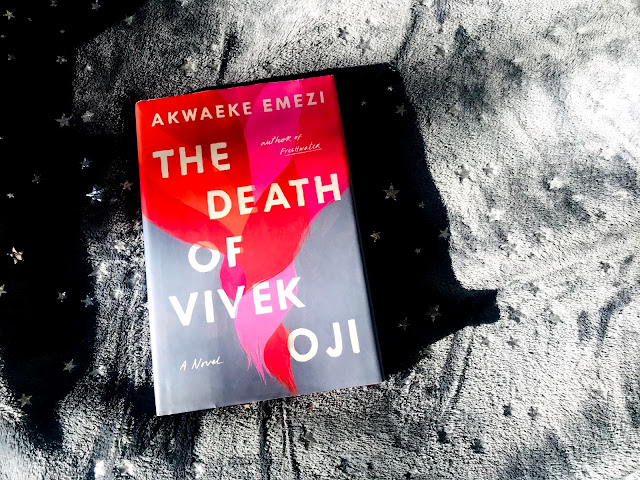 Born on the day his grandmother died, Vivek's life was touched like some sort of a myth. Since birth, his family recognized the aura of one who would either live a blessed life or one that is cursed. To see his story unfold in the eyes of those who loved him was sublime but delicately fragmented -- from his childhood, teen years, and right before his death. But not everything was at it seemed. Because in spite of it all, his family only saw him for what Vivek wanted them to see. Failing to recognize the part of him that was screaming to be let out.

“I’m not what anyone thinks I am. I never was. I didn’t have the mouth to put it into words, to say what was wrong, to change the things I felt I needed to change. And every day it was difficult, walking around and knowing that people saw me one way, knowing that they were wrong, so completely wrong, that the real me was invisible to them. It didn’t even exist to them.”

Emezi's prose, gorgeous though as it were, is also a little unsettling and visceral. Especially when Kavita, Vivek's mother describes his son as only a beloved mother would. Her grief over the death of her son was encompassing. Almost like a living thing that pulses and can be felt by the reader.  Osita, Vivek's cousin and best friend was also a picture of bereft and immense heartbreak.

I've had my fair share of books about grief. All of them a narrative on how the living are dealing with the loss in their own way. This book is different in that Emezi was able to immortalized Vivek through her writing.  The sad part is, Vivek never really lived until the last sad days of his life. But throughout the novel, the people around Vivek regarded him with a reverence rooted all the way to his birth. But we also saw his decline. A general ennui attributed to gender dysmorphia that we see time and time again to those suffering.